We’re Not in (Smallville) Kansas Anymore 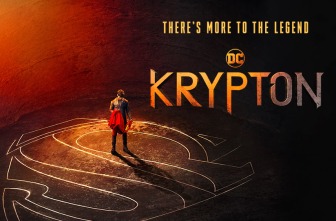 Last week SyFy premiered Krypton, a new hour-long drama dedicated to telling the story of Superman’s home planet two centuries before Kal-El’s last-minute exodus.  I caught it a few days after the premiere (as I’m likely to give any based-on-a-comic-book-property a chance).  Smallville it isn’t, but that isn’t necessarily a bad thing.

Smallville, for those who might not know, was as early-aughts show on the WB that chronicled the teenage years of Clark Kent, the young man who would become Superman.  The show, which lasted a decade, had one major rule: no flight, no tights.  For the most part, the show-runners kept the promise while also trying to maintain the positive, Silver Age vibe that many fans of the character remember fondly.  In the Smallville pilot, a crash-landed Kal-El meets his new parents, Jonathan and Martha in what is something of an iconic moment.  The whole world opens up to Clark: a love of reporting, a love triangle, and a small group of friends (and one bald semi-antagonist) that give context to his hero’s journey.

Krypton is nothing like that.  The show is set on gloomy and class-stratified Krypton.  As the show begins, Seg-El (Superman’s grandfather as a child) witnesses the death of his own grandfather (who stands accused of crimes against the state).  Seg’s parents don’t fare much better, as they are both dead by the pilot’s end.  There is a love interest . . . this time a twisty, knotty relationship with someone from the House of Zod (who longtime fans know is the house most opposed to the El family).  And unlike Smallville‘s bright and blooming world, the world of Krypton seems doubly-doomed: imminently by a well-known and well-rendered Brainiac and distantly by the ecological catastrophe that will send Kal-El rocketing to Earth.

Which isn’t to say that the show is bad.  It’s got a 10-episode first-season run to test its mettle (and limited runs often make things work much better much earlier than if it had a full 22-episode season).  One bright spot is the inclusion of Adam Strange, a DC Comics sci-fi character that, in this case, has traveled through time to make sure that the El legacy remains intact.  Strange is the 21st century man who gives Seg a sunstone and sets in motion Seg’s discovery of his father’s “fortress of solitude.”  The show makes enough nods to our previous knowledge of Krypton (weirdly in line with Snyder’s Man of Steel without feeling beholden to a “darkest timeline”).  The real question will be whether or not Seg’s character transcends what seems to be a fully-realized world in such a way that he can be distinguished from all of the other parts of the Superman mythology (and find his own place before a yellow sun).

Here’s a “this season in Krypton” trailer released after the series premiere.

And for those feeling nostalgic for anything Smallville, here’s the opening credits with a great song by Remy Zero (whose Golden Hum album is a personal favorite).

This entry was posted in Comics, Television. Bookmark the permalink.