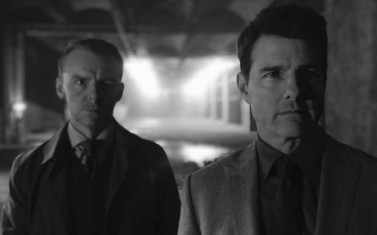 It’s been a week of getting back to work, which has been good.  But it also marks that transition from summer to fall (even though summer isn’t over for a while yet).  That’s just how the calendars we live by often overlap, I suppose.  And with that comes the ins and outs of the summer movie season.  It started early with Avengers: Infinity War.  It’s limped along, really, with a few enjoyable movies that just didn’t “catch fire” like summer movies in the past.  Which makes this weekend’s Mission Impossible: Fallout something like the last cinematic fling for the summer . . . and it works amazingly well.

I opted for an IMAX showing of the movie (mainly since it was the first showing of the night and tomorrow’s a school day).  A number of scenes were shot for IMAX, though.  For the first time, I really noticed a difference with those scenes.  Things go full-screen.  The action goes full-force.  And your heart starts to pound a little more than it did just one cut prior.  McQuarrie does an amazing job directing some incredible action sequences.  Lots of sky shots that seem utterly impossible.  Which is fitting.

Something about an action flick like Mission Impossible feels like a dozen heist movies packed into one.  The planning and possibilities that the characters deal with keep you guessing.  And while trying to figure things out is part of the fun, it’s more fun to see things actually fall apart/fall in place.  And that happens a number of times in this movie.  Just when you think you’ve seen enough car chases or motorcycle chases, you find yourself totally sucked into one more.

Mission Impossible: Fallout is easily the most enjoyable, roller-coaster ride of a movie since Infinity War.  It’s worth the big screen.  It’s good to go to the movies and be amazed at every little thing: the acting, the locations, the tricks, the humor, and the action.  Highly recommended.

This entry was posted in Movies. Bookmark the permalink.