On Landscapes and People 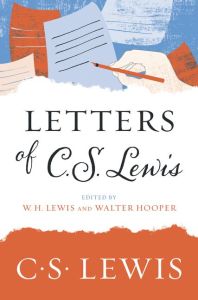 While I’m moving rather slowly through it, my reading of the Letters of C. S. Lewis has been interesting on multiple levels.  Right now I’m in the middle of a long letter from Jack to his brother involving a week-long trip with relatives through the area near Bath.  Wonderfully descriptive in such a mundane, matter-of-fact way.

One of my favorite recent passages comes from a letter on 1 July 1921 to Warnie that includes an interesting comparison of landscapes and people.  Lewis write:

Of landscapes, as of people, one becomes more tolerant after one’s twentieth year (which reminds me to congratulate you on your birthday and ask what age it makes you.  The rate at which we both advance towards a responsible age is indecent.)  We learn to look at them not in the flat as pictures to be seen, but in depth as things to be burrowed into.  It is not merely a question of lines and colors but of smells, sounds and tastes as well: I often wonder if professional artists don’t lose something of the real love of earth by seeing it in eye sensations exclusively?

This entry was posted in Books, Friendship and tagged CS Lewis. Bookmark the permalink.