“For the Sake of Your Love” 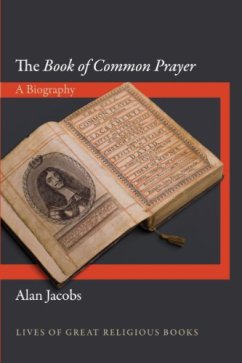 It’s taken a few days, but I think I’ve found a decent morning routine for “spring break” that could easily last me for the next month depending on how school scheduling works out.  A good almost hour-long walk in the morning followed by cleaning up and then something for breakfast while reading Scripture in line with the Daily Office.  Beyond that, it’s reading or checking in on people or looking into the news.

It’s been interesting to see new routines pop up online these last few days.  From what I can tell, Facebook has mediated most of it: artists and churches moving things once done face-to-face onto an online portal of some kind.  Just this afternoon (Hawaii time) Andrew Peterson started a daily reading from the first novel in his Windfeather Saga (which I actually bought a few days ago and now wonder if I should just listen instead).  Writers like Alan Jacobs have pointed out that a number of services that have daily liturgies have moved those liturgies online.  Jacobs’ own church is posting their morning prayer service each day.  He recently shared an excerpt from The Book of Common Prayer, A Biography that speaks to the significance of such church services throughout history, particularly in light of what he calls the “consolatory effect” of such service.  He writes:

So days were begun and ended in communal prayer. In institutions that featured chapel services — the colleges of Oxford and Cambridge most famously, but also public schools, preparatory schools, the Inns of Court — and where attendance was mandatory, this rhythm of worship was still more pronounced. Cranmer’s 1549 order, which would later undergo significant change, begins with the priest reciting the Lord’s Prayer “with a loud voice” — this in contrast to the old Roman practice, which likewise began Matins with the Lord’s Prayer but instructed the priest to say it silently. After centuries of liturgical prayers being muttered in low tones, and in a language unknown to the people, the new model demands audible English. After this prayer comes a beautiful exchange taken from Psalm 51: the priest says, “O Lord, open thou my lips,” and the people reply, “And my mouth shall shew forth thy praise.” Then “O God, make speed to save me” calls forth the answer, “O Lord, make haste to help me.” Such echoes and alternations are intrinsic to the structure of liturgical prayer: praise and petition, gratitude and need. The whole of the Matins service repeatedly enacts this oscillation.

He goes on to talk about the “collects” that were often placed near the end of such liturgies and how they often spoke of a request for God’s safety with the coming fall of night, which is something that can seem beyond us because of our 24-7 culture. Such prayers were also a part of Evensong (of which I am fondest).  Jacobs continues:

This was the context in which people came to Matins thanking the God “which hast safely brought us to the beginning of this day,” and the context that determines the sober mood of Evensong. One can easily imagine the felt need to come together in church, before the fall of night, to beg God’s protection, and indeed Evensong, which begins with a shortened version of the exchange that opens Matins — “O God, make speed to save me”; “O Lord, make haste to help me” — concludes with a collect frankly admitting the fear of the dark, in a prayer so urgent that it even forgoes the customary decorous address to God and rushes straight to its petition: “Lighten our darkness we beseech thee, O Lord, & by thy great mercy defend us from all perils and dangers of this night, for the love of thy only son, our savior Jesus Christ. Amen.”

While I mourn the temporary closure of churches for worship (which many see ameliorated by these online services, I much more miss the possibility of some kind of sacred space that is now “off limits” because of restrictions.  That might sound a little odd coming from a lifelong Baptist because, yes, the people are the church.  But there’s something about the structure of certain places or certain liturgies that connect us both with God and with the communion of saints that isn’t always evident in flavor-of-the-week worship.

I love two collects in particular.  The first is the “Collect for the Presence of Christ”:

Lord Jesus, stay with us, for evening is at hand and the day
is past; be our companion in the way, kindle our hearts, and
awaken hope, that we may know you as you are revealed in
Scripture and the breaking of bread. Grant this for the sake
of your love. Amen.

I also love this “prayer for mission” that is often added to evening prayer:

Keep watch, dear Lord, with those who work, or watch, or
weep this night, and give your angels charge over those who
sleep. Tend the sick, Lord Christ; give rest to the weary, bless
the dying, soothe the suffering, pity the afflicted, shield the
joyous; and all for your love’s sake. Amen.

This entry was posted in Books, Faith, Scripture and tagged Alan Jacobs. Bookmark the permalink.