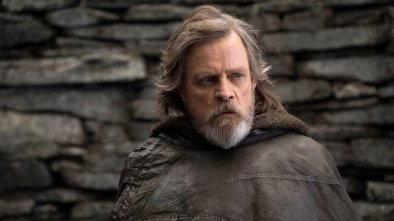 There’s a good chance that everything you’ve heard about Star Wars: The Last Jedi is true.  All of it.  It is the kind of movie that both fascinates and infuriates.  But because it has you laughing at just the right moment, that infuriation meets a spoonful of sugar that keeps you moving forward.

The thoughts I formulated one the ride home from the movie last night: Star Wars: The Last Jedi is a deconstruction of the Star Wars saga on three levels.  The first level is the level that only super-fans must know about.  It’s the talk of the Jedi religion and all of the things that surround it (some that were mentioned in Rogue One).  For a fan like me, that aspect of the story has never been something to delve too deeply into.  Midichlorians, of course, are too far in the wrong direction, too.  Having said that, I do love the insertion of the aptly named “conflict” aspect of the struggle with the universe.  Nice touch.

The second level concerns fans of the original trilogy.  This level of deconstruction is necessary to move the franchise forward.  You got a strong hint of it in The Force Awakens with the fate of Han Solo.  It was a gutsy, and probably necessary, move that Abrams made two years ago.  That shift continues with this movie in some form or another.  And so while one website said that The Last Jedi “throws the doors of the franchise wide open,” it’s an odd way of accomplishing the necessary task.  And it’s an actual through-line of the story here, too, voiced by at least two different characters in very similar ways.

The third and final level concerns the story introduced in The Force Awakens.  I can’t say much here because there are some very specific things that happen (relatively early on) that put The Force Awakens in an interesting place.  A lot of that odd dimension of storytelling involves Rey and Kylo Renn.  I kept thinking to myself: “have they earned the right to do this?”  throughout their plot points, not because they aren’t great characters but because some of the gravitas (real or imagined) found in the first trilogy just isn’t there.  But by the end of The Last Jedi, The Force Awakens feels like a different movie, too.

A couple of final thoughts:

There’s a part of me that says that this is no trilogy, that whatever happens in Episode IX will be its own thing in a way that no other Skywalker movie has been.  There’s quite a bit of social commentary in the undercurrent, and something like fan service at play, too, throughout the movie.  The last shot, in a way, is beautiful.  Then again, it isn’t.  It’s the reminder that in a world where the franchise is king, even the best of things can end up tainted.

Will I see it again?  Totally.

This entry was posted in Movies and tagged Star Wars. Bookmark the permalink.