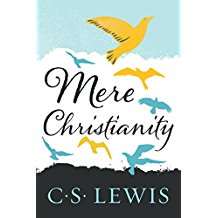 I’m slowly but surely trying to write myself into a place where I’ve articulated something wonderfully, frustratingly inductive about church and community.  About a week ago I posted some quick thoughts around C. S. Lewis’s consideration of the church in “Membership.”  I had wondered what, exactly, was the “restoration destination” when the wayward or the 2% or the “nasty people” attempt to make their way back to the heart of the church.

From Lewis’s “Membership” about the “ontology” of the church:

The society into which the Christian is called at baptism is not a collective but a Body. It is in fact that Body of which the family is an image on the natural level. If anyone came to it with the misconception that membership of the Church was membership in a debased modern sense— a massing together of persons as if they were pennies or counters— he would be corrected at the threshold by the discovery that the head of this Body is so unlike the inferior members that they share no predicate with Him save by analogy. We are summoned from the outset to combine as creatures with our Creator, as mortals with immortal, as redeemed sinners with sinless Redeemer. His presence, the interaction between Him and us, must always be the overwhelmingly dominant factor in the life we are to lead within the Body, and any conception of Christian fellowship which does not mean primarily fellowship with Him is out of court. After that it seems almost trivial to trace further down the diversity of operations to the unity of the Spirit. But it is very plainly there. There are priests divided from the laity, catechumens divided from those who are in full fellowship. There is authority of husbands over wives and parents over children. There is, in forms too subtle for official embodiment, a continual interchange of complementary ministrations. We are all constantly teaching and learning, forgiving and being forgiven, representing Christ to man when we intercede, and man to Christ when others intercede for us. The sacrifice of selfish privacy which is daily demanded of us is daily repaid a hundredfold in the true growth of personality which the life of the Body encourages. Those who are members of one another become as diverse as the hand and the ear. That is why the worldlings are so monotonously alike compared with the almost fantastic variety of the saints. Obedience is the road to freedom, humility the road to pleasure, unity the road to personality.

This entry was posted in Books, Faith and tagged Church, CS Lewis. Bookmark the permalink.