Towards the Gift of the Individual 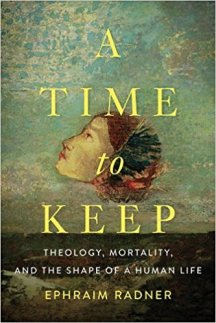 Over the last few days I’ve tried to work through some of Ephraim Radner’s A Time to Keep, particularly as it connects with the the plight of the single adult navigating a marriage-and-family-centric church.  On Tuesday I looked at Radner’s approach to “the arc of life,” particularly in light of what Radner calls “the Great Transition.”  Yesterday I made a quick “aside” in considering the single adult as an “invisible” in the church (knowing that such invisibility makes for an image of indivisibility in many contemporary churches).  Today I’d like to take a moment to jump back into Radner’s picture of “the vocation of singleness” as it relates to Scripture and our sociological moment.

First, Radner wisely sets singleness in the context of other non-generative paradigms: “married couples without children [and] older persons who have married late in life,” to be exact.  This is a great move to make in his argument, as the whole-to-part fallacy can often come into play when considering the composition of churches.  “Churches are all about family.  Churches are full of families.  Here’s how you can be an effective member of your family.”  And while general truths can be extracted by all people from such an approach, it doesn’t necessarily allow for the full flourish of the relational diversity in God’s kingdom.

Second, he acknowledges the sociological reality “that traditionalist Christian emphases on “family” . . . leave single persons adrift.  Churches are often the last place single people like to spend time, certainly not in terms of congregational activities.”  He does make mention of the “singles group” approach saying that “these [groups] often end up being places whose existence is governed by a hidden ideology of stigmatization.”  Ouch.  I’ll be the first to admit that I benefited a great deal from the “singles group” I was a part of during my seminary years.  Part of that was because we were able to establish our own kind of “culture-within-a-culture” that did not depend on the institutionally-sanctioned events to be the arbiter of our existence.  The other thing that helped us what that there were older adults who were willing to make space and befriend us.

Beyond that, Radner asserts that, thanks to the changes brought by the Great Transition, “there is little sense of clarity about how a person might understand their creaturely being within this trend’s confused dynamics . . . Virtually all social entities we know that have survived (even the Shakers) have all and always been based on integrated forms of living arrangements, where individuals seek and are given ways to exist with others, not apart from them.”  I think that’s one way that the college experience is set apart from so much of the rest of adulthood: the close proximity to peers is something that is almost entirely unreproducible.  The “living alone” has been one of the most difficult part of being single for me.  I was fortunate to live in the same apartment complex as a friend my last year in Texas.  These last few years in Honolulu have been good because I’ve had neighbors that I could connect with: share a meal, go for a walk, watch some TV.  Minus that, the world can look kind of bleak.

What, then, might Scripture have to say about the trajectory of the single life as we await the return of Jesus?  While touching on a number of scriptural images and figures, Radner ultimately settles on the Pauline challenge found in 1 Corinthians 7:32-35.  From the English Standard Version:

With this passage as the gateway into a discussion of “the things of the Lord” and “undivided devotion,” Radner concludes:

Undividedness” or “attention” to God, in this perspective, is the special realm of the single person, in the sense that the “things of God” are not so parceled up into their bundled uses as they are for others: their “wholeness is visible in their discreteness.

Then, working through the ideas of individuals and “individuation,” Radner concludes:

singleness, in its life form of individual engagement, is a responsibility taken up and offered to the human collective, part of whose gift is, in return, the shaping of individual “beauty.”

With that, the “vocation” of singleness is “a form of life in which God calls out the particularity of his creation so that it can “color” the praise of the whole.”  This vocation, rooted in a “state of chastity” is manifested in two things common to all but of particular focus for the single adult: friendship and work.

I want to take these two things apart in separate posts and then put them back together again.  I want to discuss both of them in the context that Paul so easily assumed: the things of God waiting for the culmination of God’s own kingdom in history.  I particularly want to think about the idea of singleness being a “responsibility taken up and offered,” as that differs from what is the church’s usual approach of singleness as something “accidental” and whose work in service to the church community is unquestionably “assumed.”

This entry was posted in Books, Faith, Scripture. Bookmark the permalink.