Yesterday ended up being a particularly good day. Which is great, because I spent most of the day thinking it was time to get back to work.  Let me explain. 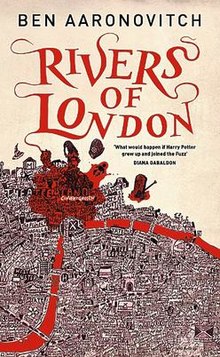 My plans to go into work a little each day this week got side-railed relatively quickly- by Tuesday morning.  And while I’ve checked work email a few times, I haven’t stepped back on-site.  So this week was a chance to eat well, play Harry Potter Trivial Pursuit with friends, go to the gym, and take care of some church stuff.  But it’s time to get work back into the schedule.  There’s a frustration that comes with having a bit too much time on your hands with no one to spend it with.  It was clear yesterday that I had hit that point.

Which isn’t to say that I haven’t gotten much done this week.  I finished Rivers of London by Ben Aaronovitch.  I’m continuing my red-read/note-taking on Cavadini’s Visioning Augustine.  I got back to some too-long neglected correspondence.  I’ve spent time with friends.  It’s just time.

Yesterday I saw Avengers: Endgame one last time.  I like to see favorites one last time before they leave the theater, and Endgame should leave any day now.  It holds up really well.  The emotional beats stuck.  The pacing held up.  If anything, I wanted a little more time at the end to learn more about life after the final snap.  That’s what Far From Home is for, I suppose.

It’s been a slightly disappointing movie summer so far.  Godzilla was visually amazing but narratively weak (and I firmly believe that you can have a narratively strong monster movie). At least it wasn’t as nihilistic as Skull Island.  I caught Dark Phoenix a few days after its release (it was way to close to semester-end meetings).  While it was no where near as bad as its reviews made it out to be, the last installment of this particular X-franchise fell flat from a lack of chemistry and humor.  Plus I’m not a huge fan of turning Professor X into such a questionable figure.  Beyond that, it will take me some time to see McAvoy and not see the Horde from Split.  In my mind, the X-Men franchise ended with Days of Future Past and Logan.  Ah well.

Winning a big game of Hand and Foot last night makes up for it, I think . . .

This entry was posted in Books, Movies. Bookmark the permalink.