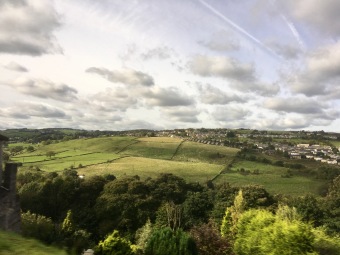 Over the last few days I’ve found myself thinking a lot about the Lake District in England, mostly because I’ve found accounts on Twitter that regularly post pictures of hikes and walks that they’ve been taking.  It’s compounded, of course, by the fact that I won’t be getting to England or Scotland this fall break, which is unfortunate but what the times require.  And now I find myself watching Steve Coogan’s The Trip on Hulu, which is a movie about two friends traveling the restaurants of the Lake District.  It’s mostly about conversation and the scenery, which is of some comfort.

It’s been something of an education, of course.  Turns out that there’s a small community that takes pictures of things like stiles (the entrance into certain fenced-in/gated areas) and snecklifters, the metal devices that open and close the stiles.

It’s easy to get lost in the pictures found on sites like this one, which is a log kept by a Lake District walker since 2013.  Amazing.  I always enjoy going to the Lake District with students, though we never get to the elevations that walkers like the ones I see online.   But it’s something to daydream about and look forward to some day.

This entry was posted in Movies, Travel. Bookmark the permalink.