Prayer and What You Bargain For

Way back at the end of November, I mentioned rereading The Screwtape Letters by C.S. Lewis.  And then I didn’t say much about it.  It took me a little longer than I intended (which has been the case in general this last year), but it really was a rewarding read.  This week I want to touch on some of the highlights of that reread, particularly as it pertains to whatever the spiritual life is (or isn’t). 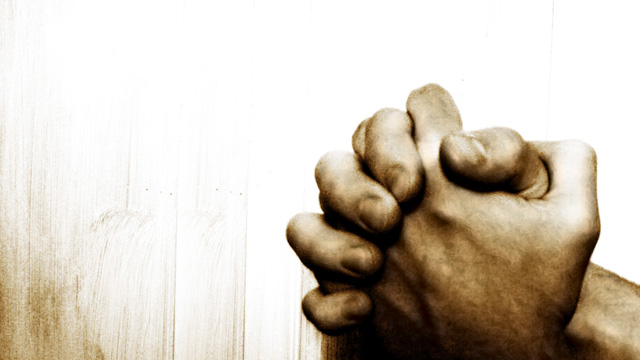 Early in Screwtape’s collection of missives (Letter #4) to his apprentice demon, Wormwood, the topic of prayer comes up.  “The best thing, where it is possible, is to keep the patient from the serious intention of praying altogether.”  He then hits on a number of things about the practice of prayer:

At the very least, they can be persuaded that the bodily position makes no difference to their prayers; for they constantly forget, what you must always remember, that they are animals and whatever their bodies to affects their souls.  It is funny how mortals always picture us as putting things into their minds: in reality our best work is done by keeping things out.

Screwtape gives lots of advice about superficiality and misdirection (and how they work against people in the pursuit of prayer).  But he also has an interesting view of the One to Whom People Pray.

But of course the Enemy will not meantime be idle.  Whenever there is prayer, there is danger of His own immediate action.  He is cynically indifferent to the dignity of His position, and ours, as pure spirits, and to human animals on their knees He pours out self-knowledge in a quite shameless fashion.

He even addresses the idea of having Wormtongue’s “patient” fixate on some kind of “intermediary” location as a way of keeping a knowledge and sense of the omnipresent God from the human’s mind and heart: “you must keep him praying to it– to the thing that he has made, not to the Person who has made him.”  Something like catastrophe arrives if the patient makes the shift from the thing to the Person:

Once all of his thoughts and images have been flung aside or, if retained, retained with a full recognition of their merely subjective nature, and the man trusts himself to the completely real, external, invisible Presence, there with him in the room and never knowable by him as he is known by it– why, then it is that the incalculable may occur.

Screwtape calls this the “real nakedness of the soul in prayer.”  And this, he adds, is something “the humans themselves do not desire … as much as they purpose.”  That is the “more than they bargained for!”

I think it was Eugene Peterson who said his primary task as a pastor was teaching his parishioners how to pray.  I think he was onto something.  Yes, that includes the formal prayers we have received from those who have prayed before us (and thus includes the Bible itself).  But it also includes the prayers that are the cries of our hearts.  And the prayers the spring up as conversation for the seeking of counsel.  “Faith,” the writer of Hebrews asserts, is “the assurance of things hoped for, the conviction of things not seen.”  The writer goes on to say that “without faith it is impossible to please him, for whoever would draw near to God must believe that he exists and that he rewards those who seek him” (11:1, 6).  And so it is with prayer.  As it was with Abram and Sarah, with David and Daniel, so it should be with us.  Beyond them, we have the example of Jesus as well as the presence of the Spirit, who prays for us when we cannot.  Oh that we would let our hearts be directly wholly and rightly to Him!