Posted on January 1, 2018 by awtraughber 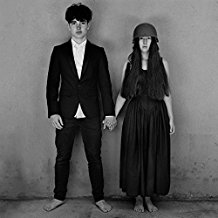 I’ve been meaning to get something a little more substantial down concerning U2’s most recent release, Songs of Experience.  It’s been a rough semester for U2 in my classroom.  Each fall for the last few years I’ve played “When I Look at the World” from All That You Can’t Leave Behind as an “artifact” relating to the concept of worldview.  Reception this year was chillier than usual (and still with the “aren’t they the ones that forced my iPhone to accept an album?”).  Even still . . .

Rolling Stone recently published a substantial interview with Bono (recent as in just this week).  If you’ve seen anything about the interview, it’s probably because of Bono’s comment about contemporary music being too “girly.”  This led to what seems to have been a brief firestorm about the term.  Whether or not you agree with or are mortified by Bono’s opinion and word choice, the rest of the interview is a brilliant read that covers lots of ground.

What’s most interesting to me at this point is the time spent talking about King David in the Old Testament and Jesus and Paul in the New Testament.  Granted, Bono’s appreciation for the psalms of David is well-documented (you can find the interview about that quite easily online).  When asked about his faith in the context of life’s struggles, Bono goes straight to the apostle Paul:

The person who wrote best about love in the Christian era was Paul of Tarsus, who became Saint Paul . . .  He is a superintellectual guy, but he is fierce and he has, of course, the Damascene experience. He goes off and lives as a tentmaker. He starts to preach, and he writes this ode to love, which everybody knows from his letter to the Corinthians: “Love is patient, love is kind. . . . Love bears all things, love believes all things” – you hear it at a lot of weddings. How do you write these things when you are at your lowest ebb? ‘Cause I didn’t. I didn’t. I didn’t deepen myself. I am looking to somebody like Paul, who was in prison and writing these love letters and thinking, “How does that happen? It is amazing.”

Sure, Bono has issues with other things that Paul believed and said, but at least there is a light pointed in a biblical direction.  The same happens when asked about David and ultimately Jesus (though be warned, Bono is unplugged and uncensored in the interview).

The other online writing that has stuck with me since the release of Songs of Experience has been a piece from The Ringer.  Part of what made Rob Harvilla’s quite-caustic review of the album so interesting was the author’s use of “Acrobat” from Achtung Baby as a kind of foil.  Achtung Baby was released at a time where I was far from pop music (and definitely far from U2), so I discovered “Acrobat” at a time when I didn’t even know that Achtung Baby was often hailed as the band’s best work.  As I discovered, the album was great.  And one of my favorite, go-to tracks was “Acrobat.”  Harvilla’s article taught me that the song, definitely not the kind of anthem that the band is usually loved for, has never actually been played in concert.  From Harvilla:

The mood is near-apocalyptic, the discord as close as stadium rock stars can get to “punk” without embarrassing themselves. Bono’s opening lines: “Don’t believe what you hear / Don’t believe what you see / If you just close your eyes / You can feel the enemy.” The Edge’s seething guitar solo is one of the few that makes no attempt to train its eyes heavenward.

This song is a ghost, an emblem of the Cormac McCarthian road not taken. I want to live in a universe where it’s the first single from U2’s new album in 2017, heralding a darkest-timeline reboot that intensifies society’s general dystopian mood.

So when I heard that U2 was postponing the release of the album in light of the political events of 2016, I thought maybe we’d get something both searing and soaring (which is what Harvilla hoped for, too).  And that’s pretty much what we didn’t get.

When asked by a friend what I thought of the album (an album that he said was the first U2 album he’d liked in quite some time), I commented that it felt like they had gotten the names of the two Songs of . . . albums switched.  While Songs of Innocence was an attempt to remember/revisit/recast what the band knew and understood when they were starting out, it had an edge to it, a realism really, that is almost wholly absent from Songs of Experience.  With Innocence we got historical moments and place names and one of the most tragic turns-of-phrases I’ve ever heard to describe the loss of a loved one.  What tries to shine through at times with Experience is too abstracted and very (frustratingly) 21st century (and here I would go back to the other conclusions that Bono made about the apostle Paul that I don’t necessarily agree with).  That’s probably at least one reason why Harvilla’s article has the unpoetic title “U2’s New Album Is a Study in Forced Optimism.”

While spending time in Tennessee with family, I’ve had some time to drive with Songs of Experience.  I think that’s probably the best way to get your mind and heart around a new album.  I listened to the plain, not-deluxe version of the album (partly because the deluxe version just feels too long and partly because my phone won’t stop shuffling everything it plays).  Here’s the thing: it sounds like a great album.  I have none of the major gripes about most of the songs that frustrated Harvilla.  And my previously-mentioned friend is right, there are a handful of songs on the album that sound like early U2 in a good way.  Part of me thinks that you could remove a couple of songs and re-arrange a couple of others and have a stand-out album.  I can’t help but think that “You’re the Best Thing About Me” stands as a perfect example of the album’s promise: catchy idea tinged with a subtle-but-real sense of loss (why am I walking away?).  “Get Our of Your Own Way,” which Harvilla seems quite taken with, moves a little bit away and in the wrong direction for me.  Tracks 6 through 10, “Summer of Love” to “Landlady” are quality and in good order.  “Love is Bigger Than Anything in Its Way” is the song I want to like the most . . . even if it’s retrogressive, I love how it builds.  But there’s just too much equivocation at play there.  The last song on the album, “13,” is a great way to end the album: an actual call-back to Songs of Innocence that really makes me appreciate that album even more.

I mentioned a few days ago that I finally got around to listening to the audio commentary version of Andrew Peterson’s The Burning Edge of Dawn album and how great it was to hear some of the stories behind the songs.  The same is true for the Rolling Stones article.   It’s a long one, and its a doozy.  It’s about people and politics and the possibilities of life and love.  Bono’s frustrations are evident (including his reflections on his own fallible political heroes).  But his hopes are, too, and that’s an admirable and encouraging thing, even if we don’t interpret all things similarly.  The interview ends with this:

I am holding on to the idea that through wisdom, through experience, you might in some important ways recover innocence. I want to be playful. I want to be experimental. I want to keep the discipline of songwriting going forward that I think we had let go for a while. I want to be useful. That is our family prayer, as you know. It is not the most grandiose prayer. It is just, we are available for work. That is U2’s prayer. We want to be useful, but we want to change the world. And we want to have fun at the same time. What is wrong with that?

This entry was posted in 2017, Faith, Music, Teaching and tagged U2. Bookmark the permalink.